A rather long, completely asphalted transfer phase: not exactly exciting.

Several (rather long) sections are on state and provincial roads, which are quite busy: watch out for cars.

We leave the centre of Tiriolo, and begin a slow descent (about 550 m drop) along the state road; after about 1 km, at a hairpin bend, we change to a minor road and continue to lose altitude, passing the village of Settingiano; after several hairpin bends, we reach the bottom of the valley near the state road, which we pass through a subway; we then come to a roundabout, cross the bridge over a torrent and the railway line, and change again to a minor road that goes up and down along the hills of Martelletto. After a few kilometres we cross a provincial road and find ourselves on a dirt road, the only one of the entire stage. Shortly afterwards, we return to asphalt and go uphill a little until we meet the provincial road we crossed before again and follow it to the left.

This takes us to the town of Caraffa di Catanzaro, where we can have a bite to eat. We continue along the provincial road for a few kilometres, passing under the windmills; then we take a small road on the left and follow it slightly uphill until we cross the first houses of Girifalco and shortly after arrive in the historic centre.

The etymology of the name Girifalco is very controversial.

According to popular tradition, a falcon circled over the village at its birth, others speculate that the name refers to the legendary presence of the Phaeacians in this area of Calabria. The English writer Morton, who travelled the area, traces the name back to the Norman-Swabian period, when falconers - an art dear to the ruler Frederick II of Swabia - probably lived here. Another legend says that the origin of the village of Girifalco is linked to the Saracen invasion of 836, during which the villages of Tocco and Caria were destroyed. As a result, the inhabitants of the two villages took refuge on a cliff and founded the nucleus of the new town and were called “Sacra falange”, Ierì Fàlanga, hence the name Girifalco.

Girifalco is located in the isthmus of Catanzaro, in the centre of which is the Sella di Marcellinara, the lowest point of the Calabrian Apennines (250 m above sea level) within the isthmus.

It is the narrowest part of the Calabrian peninsula, only 35 kilometres wide, and lies between the Sila and Serre mountain ranges. Over the centuries, this narrow strip of land has been a point of contact between East and West (to avoid crossing the Strait of Messina). It was also the place where various commanders built their defences to block the enemy, such as the tyrant Dionysius or General Crassus to stop the advance of Spartacus.

A mysterious statuette called Saurus of Girifalco was found in the Girifalco area in 1971.

After a severe flood, a number of terracotta objects with indecipherable engraved characters were found, along with many other artefacts, including a terracotta statue of a dinosaur about 18 cm tall with triangular plates on its back. The supervisory authority has never confirmed the authenticity of the finds.

In the village of Girifalco is the Carlo Pacino Fountain, also known as the Devil’s Fountain.

It was built in the 17th century by the mayor Carlo Pacino and constructed by local craftsmen in the Baroque style. The limestone fountain is located next to the church of San Rocco and has a double shape: round on the inside and octagonal on the outside. A popular legend says that the fountain was created one night by the devil, who left his hoofprints on the steps.

A town like Girifalco cannot be without an Ornithological Centre: there is one that is unique in the region. It is located in the isthmus of Catanzaro and is managed by Legambiente. It is a privileged place for observing migratory bird routes.

A typical Calabrian cheese, common throughout southern Italy, is the Provola. A pasta filata cheese made from cow’s milk from Podolica cows, which used to be used as draft animals.

The truncated cone-shaped moulds, which usually hang and are tied together with a thick string, can weigh between 1 and 3 kg. There are numerous production areas in Calabria, each distinguished by its particular taste. Provola can be eaten either fresh or matured and is found in numerous local recipes.

The Centro ornitologico run by Legambiente, about 2 km outside the centre of Girifalco (not far from the next stage of the Sentiero Italia). The facility is not always open and you will have to call Domenico to have it opened for you. Tel. +39333 135 9524.

There are several accommodation options available in Girifalco.

The starting point can be reached by bus, which leaves from the town of Catanzaro. 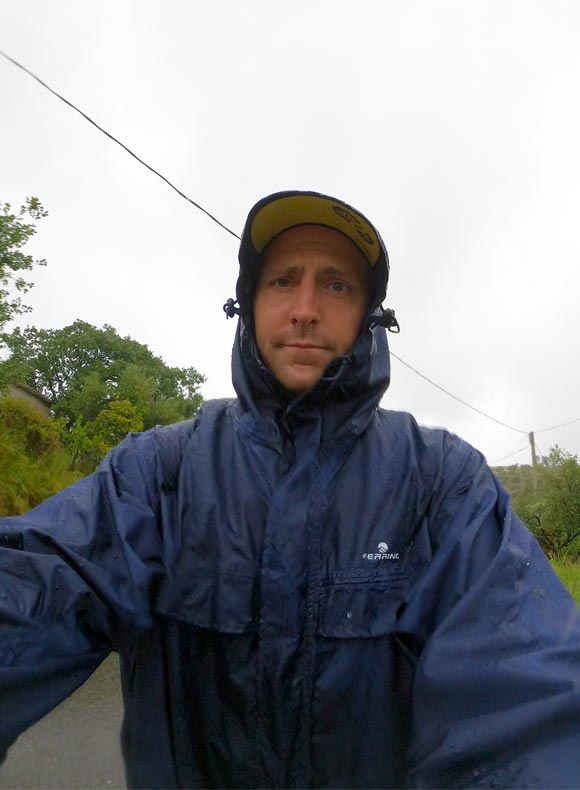 "A day of wind and rain, on a road that never seems to end. This is also what the walk is” 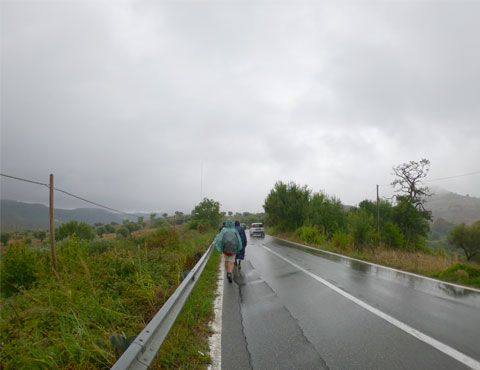