A very long stage but without major differences in height and difficulties. It develops mainly along the Italian-Swiss border.

The highlights of the day are the detour to the beautiful Pietra Pendula and the arrival to the city of Como, the largest city we meet along our way in the entire Alpine arc.

After Como, the signs are often lacking and it is easy to get lost (many crossroads without signs): keep an eye on the GPS.

Although simple, the stage is long and, especially in summer, it is necessary to take into account the many mosquitoes and the humid lake climate.

We take the linear uphill path (about 400 m height difference), on steps, up to the crossroads for Montepiatto. From here, the natural rocky monument of Pietra Pendula (it looks like a huge mushroom) is worth a short detour. We retrace our steps and continue for a long time on the shore (beautiful views of the lake), always on a paved path up to Brunate, from where the funicular starts towards Como: the view over the city is very aerial.

The descent to Como (approximately 450 m drop) is steep but very simple. Once in Como, we walk entirely along the lakefront. If it is early, it is worth a visit to the historic center to admire the beautiful cathedral. We continue on the shores of the lake and, after passing the seaplane garage, we take a stretch of paved road. We then return to the slightly uphill path: we pass the Sasso di Cavallasca and the nearby trenches (remains of the Cadorna Line) and, entering the dense and shrubby woods, we arrive in Drezzo. Near the cemetery, a fountain allows us to cool off.

We then pass by Ronago, home of the Ambrosoli shop, the famous company that produces honey candies: it is no coincidence that large swarms of bees circle in the air. Finally, with the last part of the path combined with an asphalt road, we are in Bizzarone.

Along the way, we pass near a large erratic boulder, linked to the figure of San Bartolomeo: a legend tells that from this rock, the saint took off to reappear at the house of the nuns on the Sacro Monte di Varese, thus saving himself from the plague that upset the country.

The inhabitants of Bizzarone are called Carbunatt, due to a legend linked to the nearby town of Cagno: one day, to remove the weeds from the bell tower, it was decided to hoist a donkey to graze the grass. The animal ended up being strangled and from the neighboring villages, many came to feast on the remains of the poor beast. There were those who took care of skinning, those who started to eat and those who ... brought coal to cook the donkey, that is the inhabitants of Bizzarone. Since then they have been nicknamed Carbunatt (from the dialect carbun, coal).

In the Montepiatto area, you can admire the very strange Pietra Pendula, a real natural installation: two boulders in precarious balance, forming a huge mushroom (the presence of erratic boulders, blocks of rock transported to the valley floor by a glacier, is common in these areas covered by glaciers in the Quaternary period).

It is worth visiting the beautiful Cathedral of Como, one of the most significant religious monuments in northern Italy, which took a good 344 years to complete. Among other things, we are struck by Porta della Rana. Sculpted with full Renaissance style by the Rodari brothers (authors of the portal of the Milan Cathedral, here inspired by Ovid's Metamorphoses): it is rich in various figures such as saints, angels, monsters, griffins, butterflies, and ... a frog.

The Spina Verde Regional Park is a protected area, full of paths, where in addition to the luxuriant nature, it is possible to admire many important historical traces: from the remains of the Protohistoric Como to those of the so-called Cadorna Line, an important defensive line of the First World War.

The renowned Ambrosoli confectionery company was born in the nearby Ronago at the beginning of 1900.

The founder, Giovan Battista Ambrosoli, bought the first beehives already at the time of the Great War and later developed on an industrial level, managing to export his honey and candies all over Italy.

Starting point reachable by bus from the city of Como. 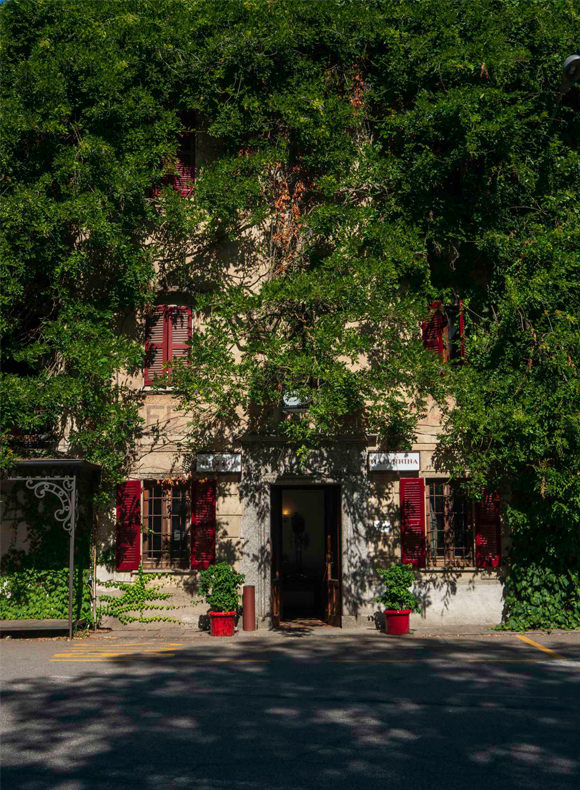 “It is strange to return to civilization after such a long time: first the sighting of the skyscrapers of Milan, then the city air of Como, with its tourists and its opulence” 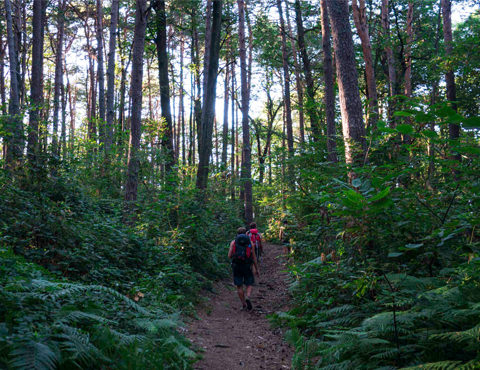