There are no signs, but it is very difficult to lose the way: you always walk on a dirt road.

From Villaggio Buturo we immediately leave the paved road and enter a beautiful, clean wood that soon turns into a pine forest.

We continue the entire route on a wide gravel road, up and down, without any obstacles or special moments of interest. After two thirds of the way, we pass the Roncino forest barracks, near which there is a picnic area with a watering hole.

Villaggio Mancuso, a hamlet of Taverna in the province of Catanzaro, is a tourist resort in the Sila Piccola.

Characterised by small villas with sloping roofs, it was a holiday resort in the first decades of the 20th century. During the economic boom, Alpine-style housing and accommodation flourished, making it one of the most fashionable areas in southern Italy, a kind of “Calabrian Cortina”.

Villaggio Mancuso is completely surrounded by forests (mainly larch pines) and owes its name to the family that owns what is now the Poverella nature reserve. Numerous plant and animal species live in the reserve and can be discovered at the “Monaco Visitor Centre”.

In the mid-20th century, Villaggio Mancuso was a sought-after socialite.

The Grande Albergo delle Fate, declared a national historical monument, hosted the Oscar dei due mondi (Oscars of the Two Worlds), an event that awarded film stars and attracted a large audience: one remembers the presence of Vittorio Gassman and Sophia Loren, among others. The building was constructed entirely of wood in the 1930s (it is strange to find in Calabria a structure reminiscent of Austrian architecture) and for half a century it was the buen retiro of the Italian jet set in winter and summer.

Today the building is in a state of disrepair and is in danger of being demolished. Guided tours have been organised over the years, but these have been blocked by legal problems.

In the village of Monaco is the Antonio Garcea Visitor Centre, where you can discover the wonders of the Sila and its protected areas.

A multifunctional centre set up in the 1980s, it creatively presents the geological, botanical and animal heritage of the region through routes and activities.

There are many initiatives for schools, but also for people with disabilities, such as the “Path for the Blind”. The centre includes the Green Theatre, Unicef Square, the Forest Culture Garden, the Sila Biodiversity Nursery and an old Sila village.

Not far from Villaggio Mancuso, near Lake Passante, is the Sila Science Park: a natural area where you can discover the peculiarities of this territory in an innovative space.

Towards the village of Taverna are the ruins of the Abbey of Santa Maria di Peseca. The monastery was founded by Basilian monks around the 10th and 11th centuries not far from the Litrello River.

Along the course of the river you can enjoy the beauty of several waterfalls.

Among the many Calabrian bitters conquering the world, Sila cannot be missing: Amaro Silano, born in 1864 from an idea of Raffaele Bosco, who decided to combine local medicinal herbs with Aloe Ferox.

Not to be missed.

The nearest location that can be reached by bus is Sersale, starting from the city of Catanzaro. 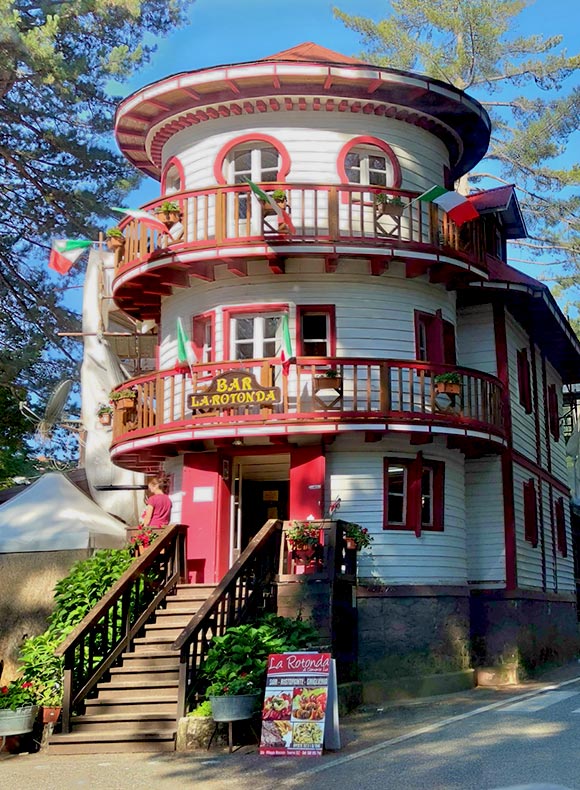 “We are still incredulous about the exotic shapes of some of the buildings: it feels like Switzerland…” 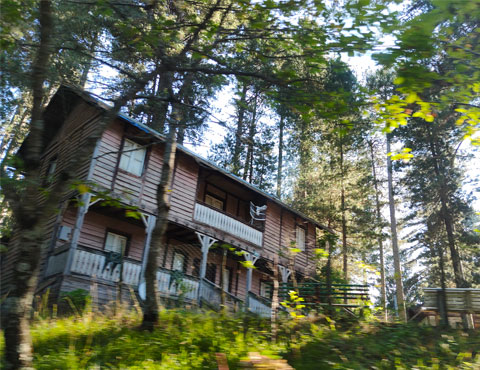